My latest project is the Ginger Skirt from Colette Patterns. I chose a navy and cream striped cotton twill fabric and sewed version three which involved lining up the stripes along the centre front and centre back seams to form a beautiful chevron!

It’s a bit tricky trying to photograph narrow striped fabric on my camera so I took some more close-ups below of the front and back.

This was my first time ever sewing a garment with a chevron effect like this. I’m quite proud of how well I lined up the stripes on the front and back centre seams.

This is also the first time I’ve sewn the Ginger pattern and it was a very simple pattern, designed at a beginner level. If I hadn’t gone for the chevron effect and added a lining this project would have taken a lot less time. I was even thinking of adding side seam pockets but I decided I didn’t want to further increase the time needed to complete the project. I’m trying to pump out two to three projects a month these days! I think this is a fairly modest and realistic goal for me but it does mean that the difficulty level of the projects factors into how much I can accomplish each month.

The Ginger pattern is lovely though. It’s well designed and I love that there’s a fullness to the pattern, which is quite apparent in the back, so it’s not just a regular ol’ A-line skirt. I’m looking forward to making more of these with the other waistband variations — pointed and shaped curve — in various other fabrics! It’s workhorse pattern for sure and would work well for any sewist’s wardrobe. I may be a bit late to the Ginger bandwagon as the pattern was released a while ago but I’m glad I finally sewed it up!

A chevron striped A-line skirt has been on my to-do list of “dream sewing projects” for a while now. One down, maybe about a million more to go! You’ve just got to take it one day at a time and one project at a time…

I made this skirt last summer for a “modern Velma” costume I wore to a Geeks After Dark event (more on that later). This skirt was a quick make and is now one of my favourite garments because of its simple versatility and because I can wear it to work! 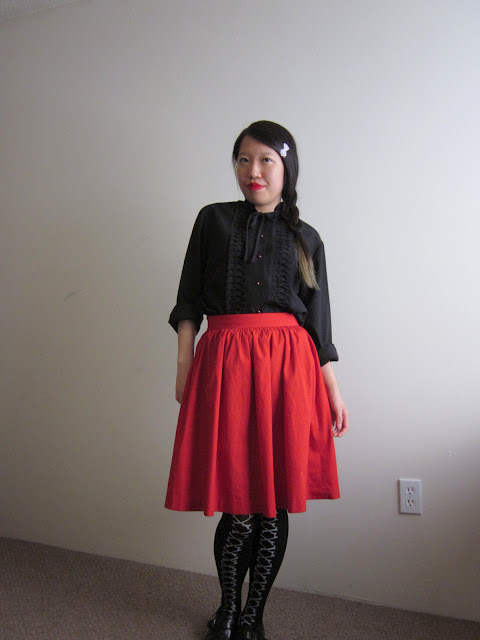 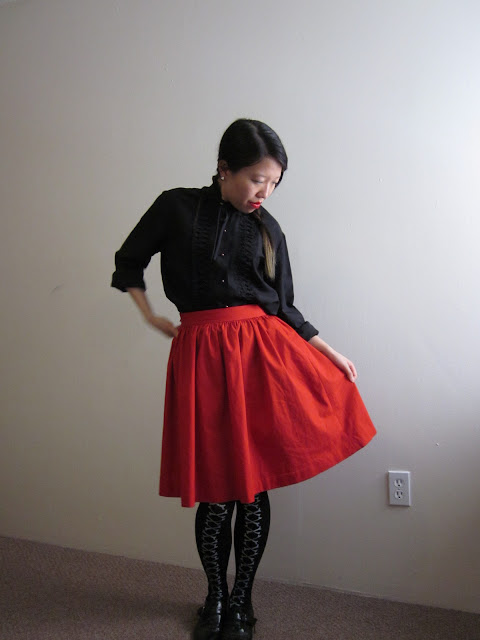 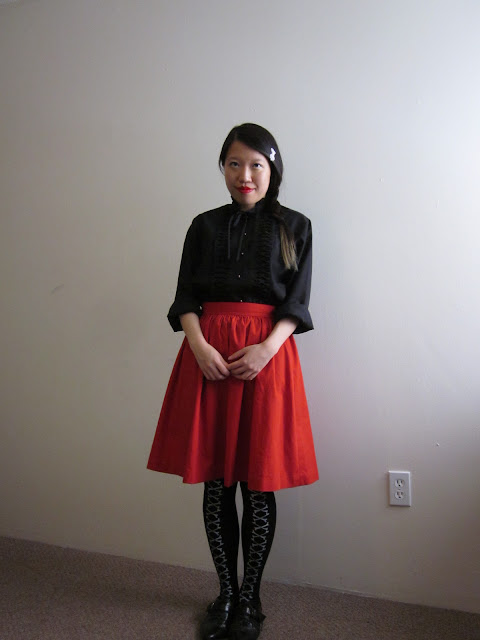 The pattern is McCall’s M6438 which is a super easy skirt pattern that comes with four variations. I made view A but with a few modifications. I doubled the width of the waistband because I love the look of wider waistbands and I changed the zipper insertion method. I inserted an invisible zipper because I prefer this type of zipper and inserted it to look more like a ready-to-wear skirt. Here’s a photo: 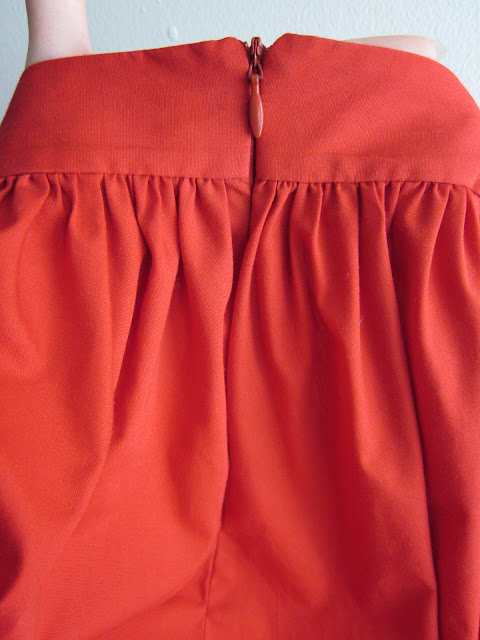 The zipper goes up to the top of the waistband and I don’t have to fiddle around with sewing an overlap and then adding either a skirt hook and eye or button. I have nothing against overlaps on skirts or pants and love that look as well. But for this garment, I had a certain “vision” in mind so I skipped all those steps. It’s neat and tidy on the inside too. 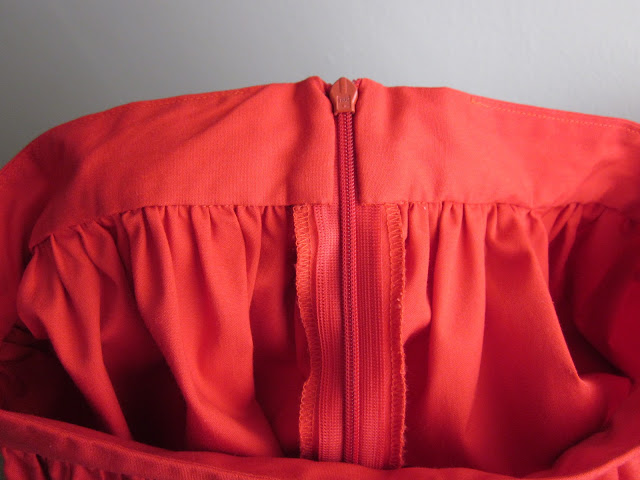 I didn’t really save much time because I hand hemmed the skirt with seam binding and a catch stitch. Looks so tidy eh? Tasia has the best tutorial over on her blog. 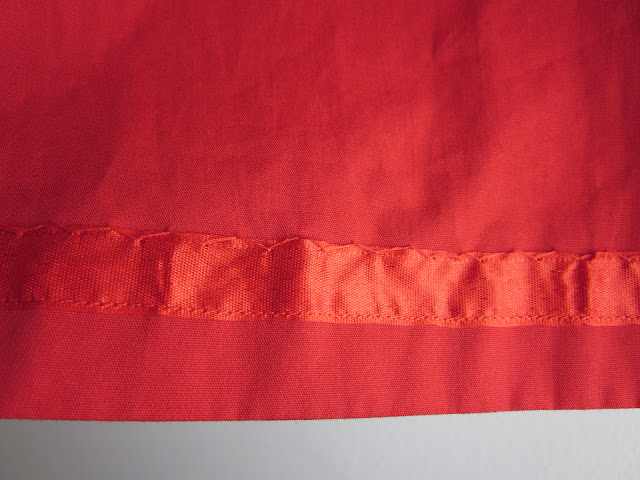 Outfit details: The shirt was thrifted, the tights are from Dysfunctional Doll, and the shoes from Aldo.

EDIT: I wore this skirt to work today and one of my co-workers asked me if I got it at Banana Republic. ^___^ Nope!

Here’s a bonus photo of me as Velma or what happened to be a very loose interpretation of Velma from that evening at Geeks After Dark. 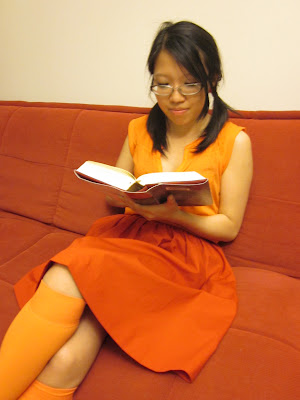 If you’re wondering what Geeks After Dark is, it was an event that would be held at The Cellar nightclub in downtown Vancouver about once a month or so and featured a nerdy theme each time. Star Wars, Disney, British Sci-Fi, you name it, they did it. There would be nerdlesque (which is nerdy burlesque), a trivia contest, costume contests, and then dancing part of the night away to “geeky” music like the Space Jam theme song and the Mortal Combat theme (techno remix!). It was one of my favourite things to do ever! Then the event organizers split apart due to irreconcilable differences and the new incarnations of Geeks After Dark are known as Geekenders and Mastergeek Theatre. I haven’t really been to these nerd events in a while but will probably go to Geekenders at the end of this month. It’s good to go dancing!
So there you have it, the cat’s out of the bag for the whole internet to see — I am a raging nerd. My friends already know this of course but I knew I couldn’t hide it from my blog for long. Nor did I want to hide it! I’ll have to do a feature on one of the costumes I’ve sewn later on.

Here is a skirt I made last spring that I finished just a bit before my birthday. The pattern is Butterick 5285, I sewed up view B with the pleats. Cut a size 12 but I should have cut a size 10 as it’s a bit loose around the waist. The fabric is a cotton voile I bought from Dressew which I’ve lined with black acetate. I’ve worn it a bajillion time already as it is just lovely. And it has pockets! 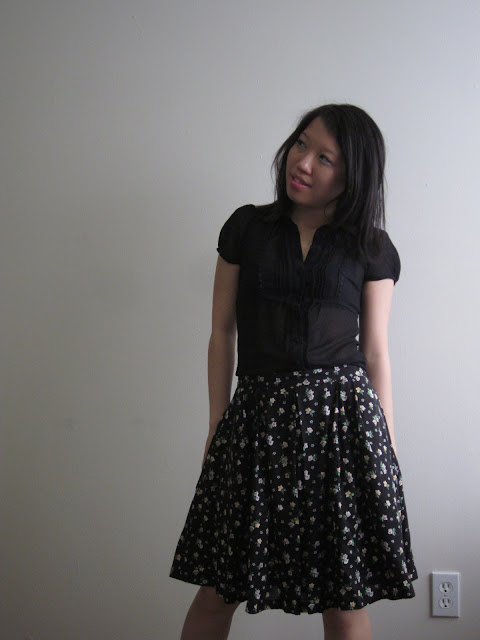 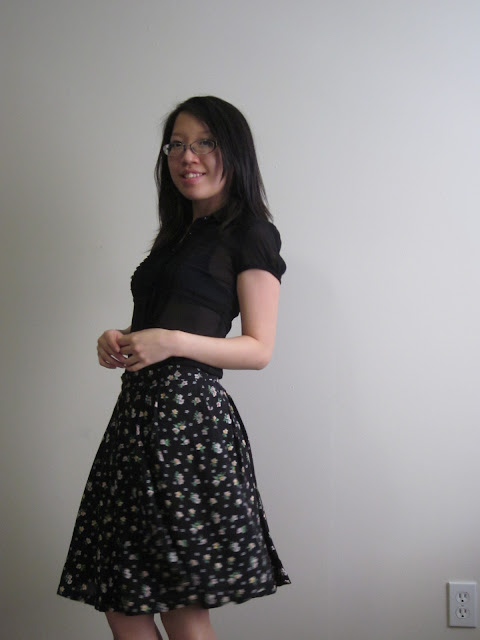 Action shot! The skirt is so swingy because of the light fabric and pleats. 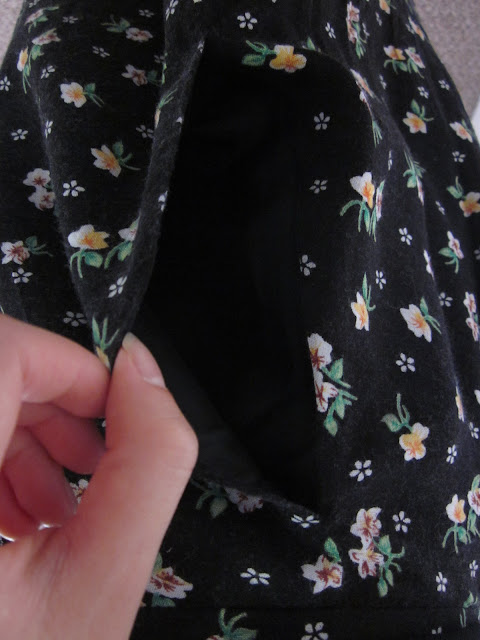 Side seam pockets, so simple but so awesome. 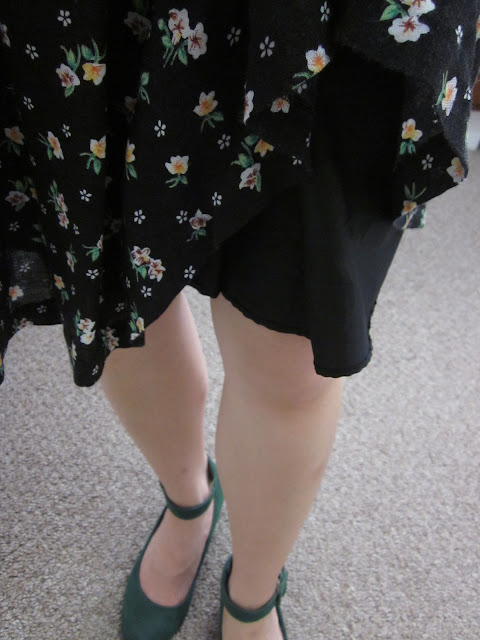 Fully lined skirts are just such a luxury! 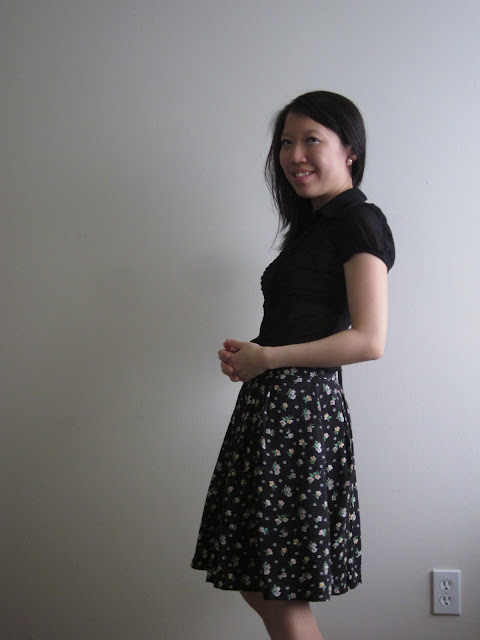 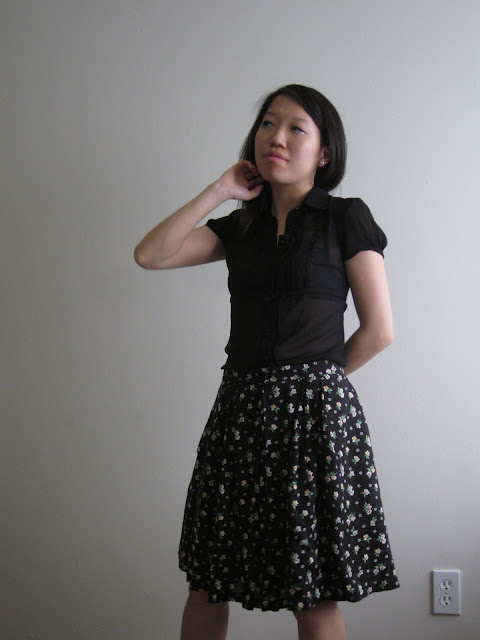 This is a lovely and simple pattern to work with. I will definitely be using it again some time. The only thing about it that is a bit troublesome is that the pattern utilizes a fair amount of fabric for a skirt pattern so that you can only purchase fabric that is in the 150cm width range. The back of the pattern envelope does not give you an option for 115cm fabric widths.

I am hoping to start blogging weekly or biweekly again! Probably biweekly now as I keep re-evaluating how much blogging I really care to do in my schedule and I have night classes on Fridays for the next 7 weeks. I keep losing the habit as it’s a bit of work taking photos, going through the photos, doing possible retouches in terms of lighting, and then writing a post. Also, the summer was just so hectic, I spent a lot of time frolicking in the sun rather than cooped up inside my baking 3rd floor apartment that faces south.

I might need to find a better spot in or outside my apartment for photo taking. Still not satisfied with the type of photos I am getting. It’s all a lighting challenge!

If you’re wondering what happened to that yellow polka dot project I was working on…well I’m still working on it. I have to turn the dress into a skirt now as I botched the bodice. D’oh! Everything is a learning process. 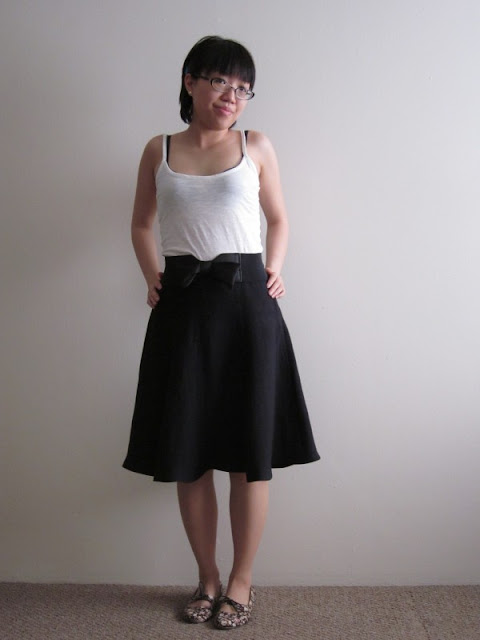 So this is a simple black 6 gored skirt I made back for my waaaay too easy sewing class I took during the winter. It’s alright, I picked up a few new tips and tricks although I was bored out of my mind mostly. I whipped up this skirt in no time at all. The belt is separate and bought at Forever 21. I wore this outfit out today! Fabulous in the summer heat that has finally arrived in Vancouver. We were all beginning to wonder where summer had gone to here. 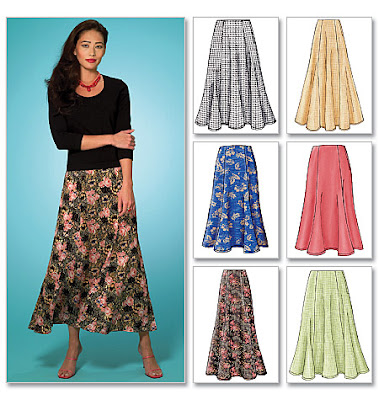 This is Butterick 4136, very homely looking. It was the best out of patterns my class was allowed to choose from…other than a straight skirt which I’d done before. So I decided to do this in black fabric because even if I hated it, I would still be able to pull off black or work into my wardrobe somehow. Turns out now I love it! 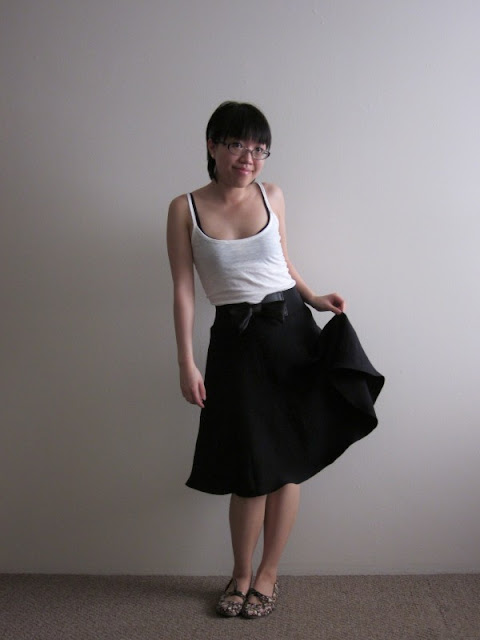 The hem had been much too long so last week I started work on re-hemming it. Didn’t finish it till today though! Been much too busy. Don’t look too carefully at the hem, it’s a little wonky. Hemming this was a bit of a pain with the 6 gores…I might do things a little differently next time. But it gives the skirt an interesting tulip shape all the same. 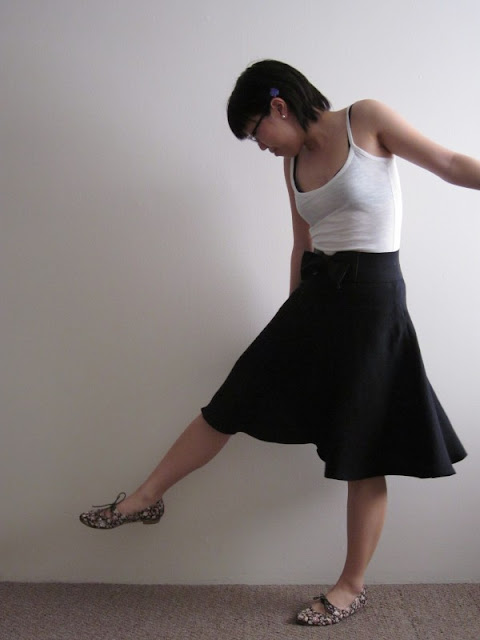 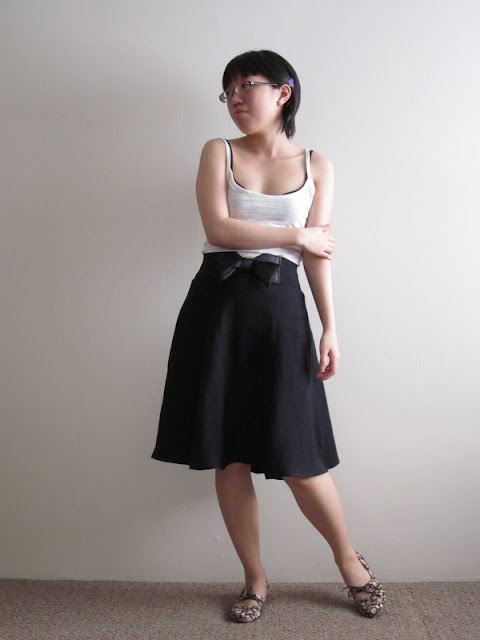 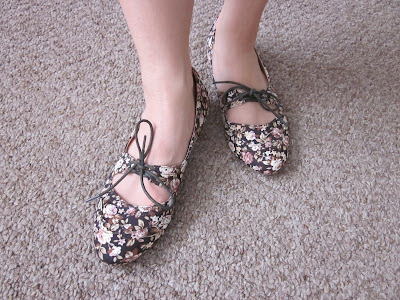 The shoes are from Forever 21. I love them! And they’re alright in terms of comfort levels for cheap shoes. I’m addicted to this style of shoe…A cute variation of Mary Janes. 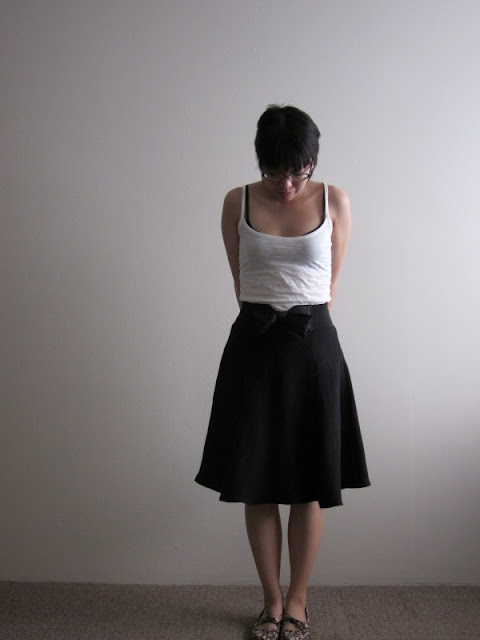 I’m glad to be sewing again. I’ve got another lovely skirt to work on right now and then I should get started on the dress I’m making for my aunt’s wedding in September. Getting my groove back…yay!
I love my Crescent skirt! I finished it a while ago but haven’t had time to take pictures until today. Doing self-photoshoots is still a new thing to me…must learn how to make better poses. 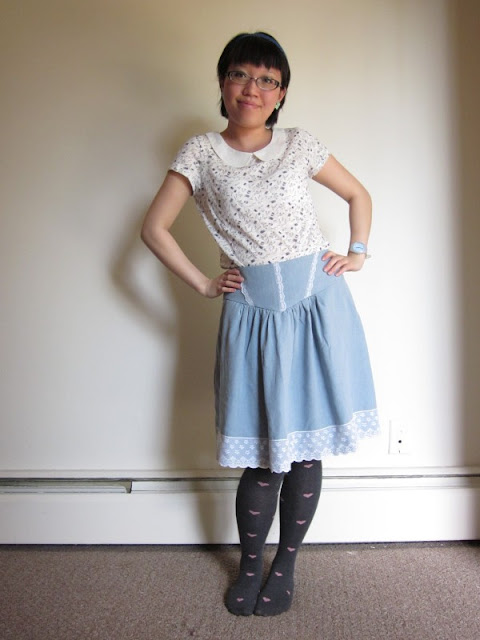 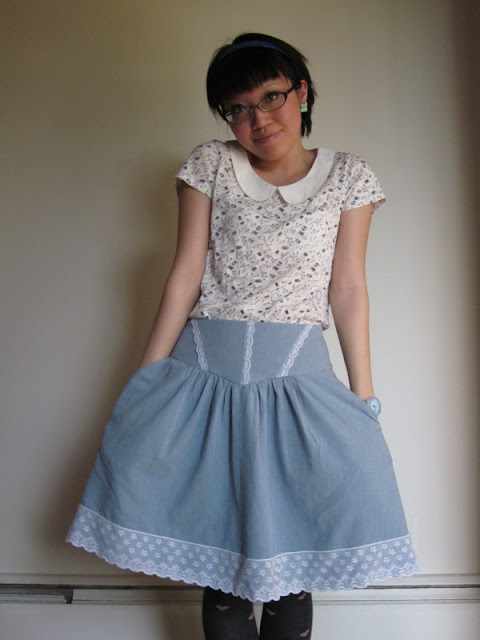 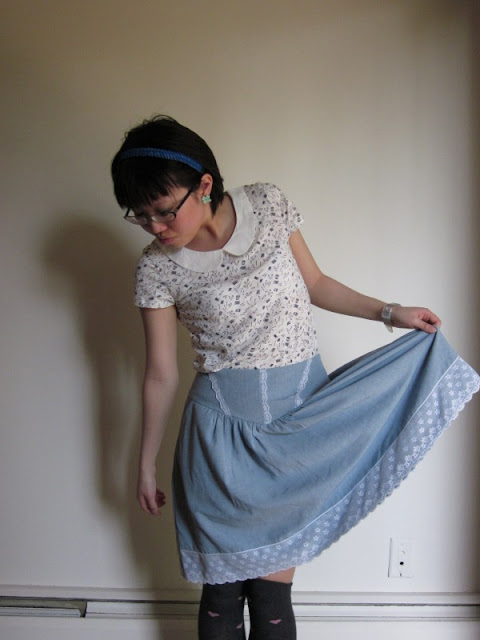 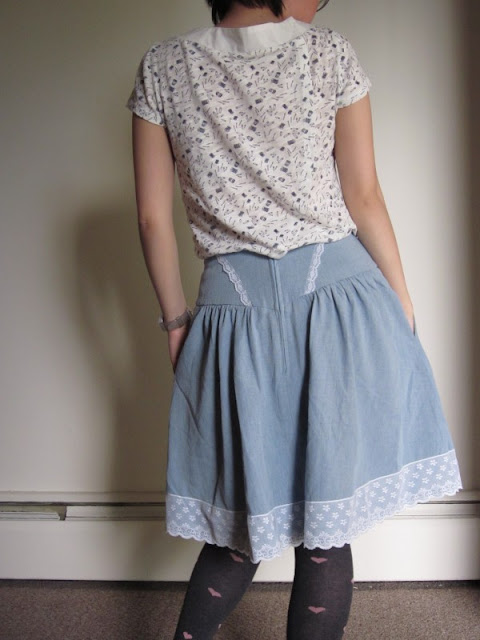 Check out the back. 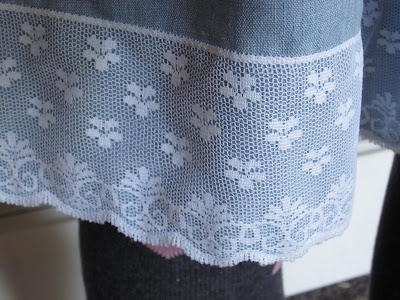 If you’re wondering about the wonderful top I’m wearing, it’s from Urban Outfitters from the sale section. Look at the print! How could I not purchase it – cute sewing print AND a Peter Pan collar? Perfect, just perfect. 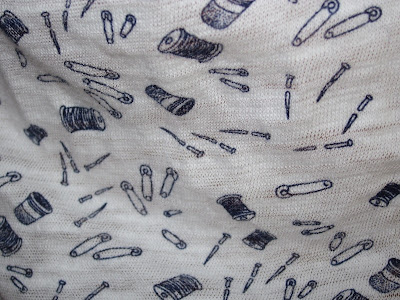 The socks are from Forever 21. Anyways, I’m glad the weather has been nicer around my parts but this means I’m woefully lacking in work appropriate skirts and dresses and blouses. Must get cracking! I’ll definitely make this pattern again. It’s perfect!